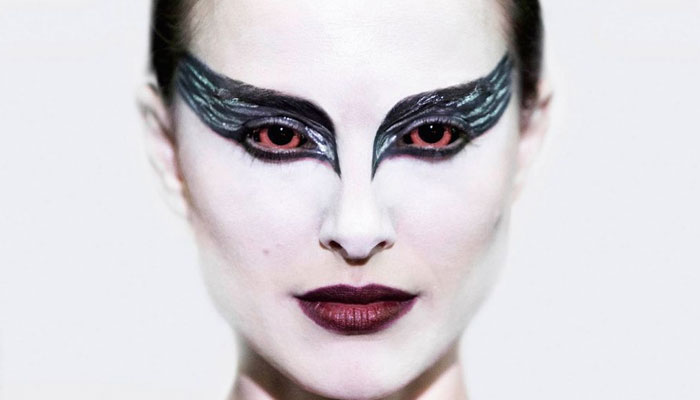 The lo-fi independent production of 2008’s THE WRESTLER served to unleash director Darren Aronofsky’s ferocious creative energy, reconnecting him with the iconoclastic spirit that kickstarted his career.  He knew that he couldn’t afford to bask in the glow of his artistic redemption– he had to strike again, and soon.  Leveraging his newfound creative momentum into another hit was a task easier said than done, but thankfully he already had a project in the pipeline.  Back during the production of 2000’s REQUIEM FOR A DREAM, Aronofsky received a script by Andres Heinz titled “The Understudy”, about off-Broadway actors in New York contending with the haunting appearance of their doubles.  He liked the general idea, but thought it might be more compelling if set within the world of ballet, being an insular subculture that is rarely depicted onscreen.  He commissioned Mark Heyman and John McLaughlin to craft a rewrite with this change in mind, resulting in what would become a nightmarish foray into psychological horror titled BLACK SWAN.  The project had spent the ensuing the eight years in development hell, finding a brief home at Universal before decamping back to the independent realm.  Despite the heat he’d generated with the success of THE WRESTLER, Aronofsky was turned down by every studio in town– even with a proposed production budget of $13 million, he found he couldn’t entice studios to bite on such an experimental genre picture, even with major stars attached.  Indeed, the indie iconoclast was confronting Hollywood’s New Normal: a post-Recession aversion to risk and a distaste for the cultural cache of The Auteur in favor of candy-hued “Content” desperately licensing any kind of pre-existing intellectual property that might draw an audience.  Thankfully, Aronofsky’s street cred in the indie world was strong enough to secure the funds he needed, enabling him to make what would come to be his most successful film to date.

Following in the grandiose footsteps of horror icons like Roman Polanski and David Cronenberg, BLACK SWAN tells a cautionary tale about the dangers inherent in the pursuit of artistic perfection.  Natalie Portman stars as Nina Sayers, an ambitious ballerina plucked from obscurity to headline her dance company’s new production of Swan Lake.  Portman, who Aronofsky had attached to play the part as early as 2000, fully immerses herself into the role, going so far as to drop twenty pounds and spend countless months in dance training prior to the shoot.  Her long-term loyalty to Aronofsky’s vision would prove fruitful, propelling her through a career-best performance that would ultimately earn her the Academy Award.  She’s imprisoned in a childlike inner state, held there by her strict, overbearing mother Erica.  Played by seasoned character actress Barbara Hershey, Erica is a former dancer herself– albeit a failed one who projects her own ambitions onto her daughter and pushes her to be the prima ballerina she never was, all while denying Nina her agency and sexuality as a grown woman.  This arrested development proves a problem when Nina’s director, Thomas Leroy (iconic French actor Vincent Cassel) handpicks her to play the lead in his production of Swan Lake– a role that requires the successful projection of duality in the twin forms of the White Swan and the Black Swan.  Coaxing Nina’s dark side out from deep within proves a formidable task for the intense, narcissistic director, compelling him to employ psychological and sexual manipulation with surgical precision.  The ploy works, although a little too well– a monster awakens inside Nina, making itself known via nightmarish episodes of doppelgänger sightings and body horror that question her grip on reality.  This insatiable beast feeds off the dark energy of those around her, thriving off her sexual relationship with Mila Kunis’ Lily, a mysterious new dancer in the company, as well as the bitter despair of Winona Ryder’s Beth Macintyre, who had previously been Leroy’s star dancer before she was unceremoniously replaced by the younger and more-virginal Nina.  As Nina descends into her nightmare of perfection, Aronofsky embraces the conventions of the psychological horror genre even as he plays them against the everyday objectivity implied by the film’s documentary-style cinematography.  He deftly incorporates spooky subtleties and blatant jump scares alike, all the while dragging the audience deeper into Nina’s subjective perspective and making her eventual transformation into the titular Black Swan a viscerally plausible experience.

After the total collaborative reset of THE WRESTLER, Aronofsky brings back some of his key creative partners from films past in a bid to connect his new aesthetic to his artistic roots.  This includes recurring performers like Mark Margolis and Stanley B. Herman making respective cameos as an extra in the gala sequence and, naturally, a creepy pervert on the subway.  It also includes technical craftsmen like cinematographer Matthew Libatique, editor Andrew Weisblum, and composer Clint Mansell.  If its thematic similarities weren’t enough to position BLACK SWAN as a companion piece to THE WRESTLER, then the cinema-verite style of cinematography shared between them certainly picks up the slack.  Libatique adopts the handheld Super 16mm film aesthetic that Maryse Alberti developed for THE WRESTLER, giving the 2.35:1 frame a gritty, organic texture that stands in stark contrast to the film’s cosmopolitan setting and elegant subject matter.  The handheld camerawork gives BLACK SWAN an appropriate fleet-footed energy, allowing Aronofsky to quite literally dance with his actors.  Libatique’s approach differs from Alberti’s in its embrace of the horror genre, mixing the theatrical lighting of Nina’s professional world with the dim, natural glow of her personal one.  Framing favors tight, almost-claustrophobic closeups and compositions that allow Aronofsky to play with the literary idea of “The Double” by highlighting a reflective element in almost every shot.  Libatique’s efforts work in concert with new production designer Therese DePrez, who cultivates a color palette of black and white tones supplemented by secondary splashes of pale green and pink.  Mansell’s contribution is much more notable here than his spare work on THE WRESTLER, reworking excerpts of Tchaikovsky’s Swan Lake into a mysterious, brooding score underscored by a throbbing guitar that musically echoes the beast lurking beneath Nina’s refined exterior.

Like THE WRESTLER before it, BLACK SWAN’s narrative hinges on several of Aronofsky’s signature thematic preoccupations despite not authoring the script himself.  The film’s format as a psychological horror enables Aronofsky to plumb more of the pitch-black depths of the human experience– in particular, disease, body horror, and the idea of passion as a negative quality.  Some of BLACK SWAN’s most iconic moments stem from Nina’s body coming under siege from a bird-like presence within, like pitch-black feathers poking out from under the skin of her shoulder, or her knees forcefully cracking backwards into a horrific avian posture.  Coupled with terrifying hallucinations and sightings of her doppelgänger, these developments ultimately lead up to Nina’s total transformation into the titular animal– but did she really turn into a bird in full view of an adoring audience, or was it all in her mind?  Aronofsky deftly walks the fine line between the real and the imagined, further underscoring Nina’s conflict between belief and logic.  Logic would dictate that humans can’t simply transform into another animal; it’s safe to say that’s an objective truth (extreme body modifications notwithstanding).  However, by aligning the audience’s perspective with Nina’s subjective point of view, Aronofsky does away with the pesky hurdle of an objective truth and establishes a scenario where all things are possible.  The tug of war between faith and logic is the backbone of any good psychological thriller, and it’s directly because of Aronofsky’s exploration of this conflict in his prior films that makes BLACK SWAN so effective as an entry in the genre.  Whereas the exploration of faith in prior films like PI or THE FOUNTAIN used the prism of religion, BLACK SWAN is inherently about faith in oneself and how it clashes against expectations and discipline.  Few art forms are as rooted in the necessity of discipline as ballet– indeed, nearly every aspect of Nina’s waking life is dominated in some form by her vocation.  When she isn’t practicing in an insular studio sealed away from the bustle of the city, she hangs around her dingy apartment and practices some more.  She has no love life to speak of, and routinely denies herself small indulgences like the occasional slice of cake.  To successfully play the Black Swan, she has to learn to let go of her discipline and give in to a raw, animalistic drive.  The framework of the psychological thriller genre might imply that BLACK SWAN’s descent into madness is a cautionary tale about the dangers of losing one’s self to unchecked id, but in Aronofsky’s hands, the message instead seems to be that all the discipline in the world is for naught without the foundation of passion and inspiration.

Reams of critical thought have already been expounded about the idea that BLACK SWAN and THE WRESTLER are companion pieces, each working in complement to each other within a distinct chapter of Aronofsky’s artistic growth.  Indeed, their respective narratives frameworks bear many similarities as they each track a protagonist pursuing a career of demanding physical performance at the expense of a “normal life”.  When viewed together, it becomes immediately evident that the refined and cosmopolitan femininity of BLACK SWAN contrasts tidily with THE WRESTLER’s blue-collar, broken-down machismo.  The two films seem to inform and shape each other, despite being made separately– an observation that no doubt stems from the lingering vestige of Aronofsky’s original idea years back, which would have detailed a love story between an aging wrestler and a young ballerina before he decided it was better to split them up into their own respective films.  United in their shared aesthetic and thematic conceits, BLACK SWAN and THE WRESTLER are also tied together by their shared success– a one-two punch that represents the pinnacle of Aronofsky’s career as well as his artistry (so far).  After debuting as the Opening Night film of the 2010 Venice Film Festival, BLACK SWAN opened to warm critical reception.  A modest degree of success was to be expected given its genre trappings as a psychological horror, but the rave reviews from critics helped BLACK SWAN to find the kind of mature, artistically-discerning audience it might not have had otherwise.  Aronofsky’s crossover hit eventually joined the ranks of other classics like William Friedkin’s THE EXORCIST (1973) and Jonathan Demme’s SILENCE OF THE LAMBS (1991) as one of the few overt horror films to be honored by the Academy, earning nominations for Portman’s performance, Andrew Weisblum’s editing, Libatique’s cinematography, and even Best Picture.  Aronofsky himself would score his first Oscar nomination for his direction, thus formalizing the growing notion that BLACK SWAN was a truly special film in his body of work– the perfect alchemy of subject matter and his particular artistic strengths.  Portman may have been the only one to walk away with a gold statue that night, but the filmmakers could rest assured that their passion project had been formally canonized as one of the classics of 21st-century cinema.  Seven years on, BLACK SWAN has lost none of its darkly-elegant edge, with each passing year adding more fortification to the idea that Aronofsky had achieved an artistic perfection all his own.