Notable Festivals: Venice (Out of Competition)

Hot off the career highlight that was the dual Oscar wins (Picture and Director) for 2007’s NO COUNTRY FOR OLD MEN, Joel and Ethan Coen found themselves the subject of lofty expectations regarding their next project.  While a short contribution to the TO EACH HIS OWN CINEMA anthology project entitled “WORLD CINEMA” (2007) is their true follow-up, it is unavailable on these shores.  This brings us to 2008’s BURN AFTER READING.   Written in tandem withNO COUNTRY FOR OLD MEN, (alternating between scripts every other day), the Coens’ thirteenth feature film was a paranoid satire of spy genre conventions that featured an impressive lineup of A-list talent and first-rate execution.

BURN AFTER READING has a zany energy that calls to mind the Coens’ previous work on RAISING ARIZONA (1987) andO BROTHER, WHERE ART THOU? (2000).  When Osborne Cox (John Malkovich), a low-ranking analyst in the CIA, is unceremoniously fired, he deludes himself into the idea that a book of his memoirs will be both his meal ticket and delicious revenge on his former employers.  The digital files containing his notes inadvertently find their way into the bumbling hands of Linda Litzke (Frances McDormand) and Chad Feldheimer (Brad Pitt), an inept pair of fitness trainers who believe they’ve stumbled upon juicy state secrets.  When their plan to extort money from Cox in exchange for returning the files goes south, they then try to sell the information to the Russians.  Meanwhile, Cox’s wife (Tilda Swinton) carries on an affair with the sex-obsessed Harry Pfarrer (George Clooeny), who grows paranoid when he becomes entangled in the complicated machinery of the plot and begins to suspect he’s the subject of government surveillance.

If the plot sounds ridiculously convoluted, that’s because it was meant to be.  The Coens’ chief aim in creating the film was to lampoon the spy and political thriller genres by orchestrating a complex, lurid plot that ultimately was meaningless by sheer virtue of the worthlessness of the central macguffin.  This makes for extremely silly moments that stretch the bounds of believability, but the Coens have a strong enough command of their craft to keep the tone consistent and the action clear.

The cast is remarkable in that it is comprised primarily of A-list talent that willingly subvert their self-serious images to great comedic effect.  Clooney’s third appearance in a Coen film acts as the capstone to what the directors have informally dubbed the “trilogy of idiots” (the other two being O BROTHER, WHERE ART THOU? and INTOLERABLE CRUELTY (2003)).  Clooney’s Harry Pfarrer is handsome, but a schlub nevertheless.  His increasing paranoia over the events of the film provides ample opportunity for him to ham it up.

Malkovich, a character actor celebrated for his oddball performances, also parodies his “thespian” conceits as the disgruntled, violently confused Osborne Cox.  His character is an intelligent, well-educated man who has effectively weaponized his genius against those he considers to be intellectually inferior, wielding it with an ultimately-murderous intent.

Frances McDormand, who hasn’t been seen in a Coen Brothers film since THE MAN WHO WASN’T THERE (2001), is a sight to behold in her incarnation as Linda Litzke.  McDormand, no longer the fresh-faced lass we saw in 1984’s BLOOD SIMPLE, embraces her middle age and channels it into her performance of a vainglorious woman with fading looks and sagging skin.  Litzke is probably the most emotionally pure of all the narcissistic characters in the film, as she spends most of the film desperately looking for love before it’s too late.  Ultimately, her relative innocence makes her the only character that gets away scott-free.

Undoubtedly, the film’s highlight performance is Brad Pitt as Chad Feldheimer.  Feldheimer’s personality is perfect for his profession as a personal trainer.  Pitt bounces around like a hyperactive spazz with bad hair and a worse sense in clothing.  His air-headed performance is so great because of the unfettered familiarity he conveys– how many of us actually knowsomeone like that?  I certainly do.  Pitt’s character is responsible for some of the biggest laughs in the film, like the infamous“Security of Your Shit” sequence (embedding disabled, sadly).

The remainder of the cast is filled out with more A-list names, like Tilda Swinton, Richard Jenkins, and JK Simmons.  Swinton plays Katie Cox, Osborne’s unfaithful and unsupportive wife.  Jenkins plays Ted, the manager at the gym where Linda and Chad work.  Ted is a pitiable character, hopelessly in love with Linda even though he’s romantically invisible to her.  Simmons, who appears in his second Coen film with a small cameo, is highly memorable as the CIA boss who finds himself baffled by the inane plot developments and unmotivated to intervene.  His omniscience is a handicap, leaving him scratching his head over the bizarre events as they unfold.  However, it’s in his confusion and indifference that the Coens’ core message resides.

The Coens’ regular cinematographer, Roger Deakins, was unavailable to shoot BURN AFTER READING due to already committing to shoot Sam Mendes’ REVOLUTIONARY ROAD (2008).  Instead, the Coens turned to Terrence Malick’s current cinematographer, the supremely gifted Emmanuel Lubezki.  Lubezki does a great job appropriating the Coens’ signature visual style, while putting his own subtle stamp on the material.  Shot on 35mm film, BURN AFTER READING is one of the most gorgeous-looking comedies in memory.  The 1.85:1 frame complements the crisp coldness of autumnal New York (subbing in for Washington DC and its environs) by adopting a palette of desaturated pastels.  The contrast is deep, with highlights that take on more of a cream cast (rather than a solid white).  The camerawork, consisting of dolly and handheld-based moves and predominantly low angles, evokes the seriousness of hard-hitting political thrillers– a visual device that only heightens the overall joke.  The more seriously the characters take themselves, the funnier the film becomes; a conceit that the film echoes in its own construction.

This self-seriousness is matched by the film’s score, crafted by regular collaborator Carter Burwell.  In an attempt to match the characters’ delusions of grandeur, the score takes on a bombastic energy.  Comprised of booming war drums and swelling strings that are reminiscent of the work of Phillip Glass, the score’s overt seriousness is the perfect companion to the Coens’ established tone, helping to communicate the sense of self-importance these characters have.  In their eyes, the stakes are life or death– but as outside observers, we get to be in on the ultimate joke:  all their efforts and trials amount inherently meaningless.

BURN AFTER READING is a first-class comedy that builds upon the formidable skillset the Coens have established.  The Coens have made a career of doing the exact opposite of what people expect them to do, and this film certainly continues that legacy.  Their affection for pitch-black humor is on full display, as well as their sudden, brutal treatment of violent acts.  Some moments (like Chad’s ultimate fate) are shocking in their abruptness (and messiness), while other violent moments are left offscreen entirely.  It’s refreshing when filmmakers feel that they don’t have to show you everything, allowing imagination to fill in the blanks.  The Coens’ ability to subvert genre expectations while still delivering a satisfying experience is rivaled only by a few filmmakers, all of whom could be considered to be in the top tier of great directors.

Any Coen Brothers film released after the sheer phenomenon that was NO COUNTRY FOR OLD MEN was bound to be a letdown.  While it’s not their strongest film, BURN AFTER READING limits the possibility for disappointment by being genuinely hilarious.  It’s as good as any film the Coens made in the first decade of the new millennium, bested only by its immediate predecessor.  While it was met with middling success upon its release, I suspect that BURN AFTER READING’s stature in the Coen canon will only grow with time. 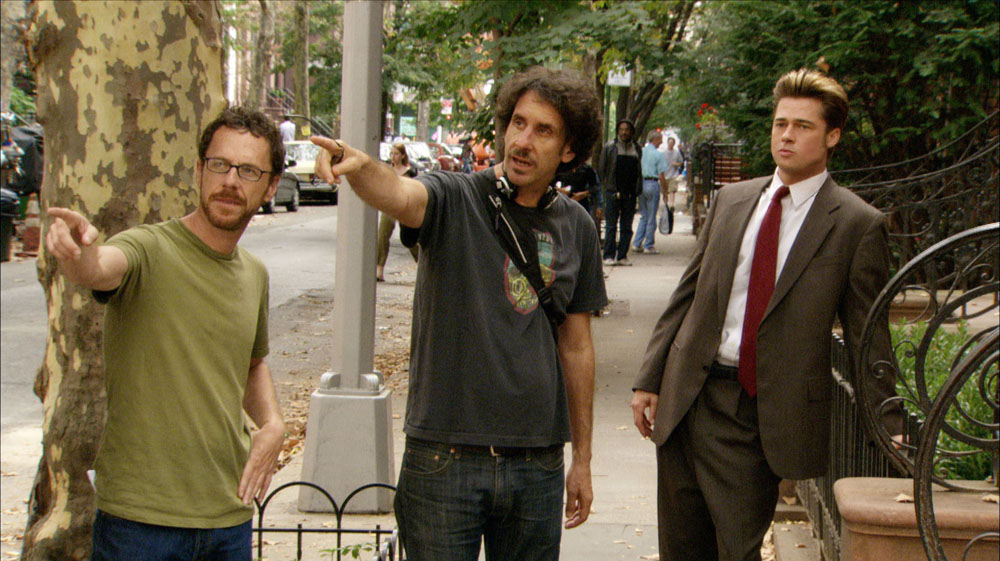 BURN AFTER READING is currently available on high definition Blu Ray from Universal.