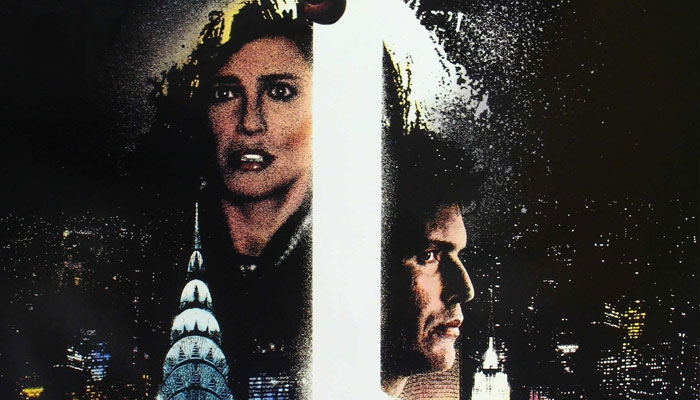 Director Ridley Scott is rightfully celebrated for his ambitious achievements in cinematic worldbuilding.  Milestone works like ALIEN (1979), BLADE RUNNER (1982), GLADIATOR (2000) and THE MARTIAN (2015) stand as testaments to his talent in creating immersive cinematic environments.  Indeed, this has become such a dominant component of his artistic profile that when he turns his eye towards stories set in a contemporaneous “real” world, they inevitably come to be regarded as minor curios.  Films like GI JANE (1998), AMERICAN GANGSTER (2007), A GOOD YEAR (2006) and THE COUNSELOR (2013) are very rarely mentioned in the same breath as the others I mentioned above— the absence of an imaginative backdrop arguably lending to impressions of a half-hearted effort on Scott’s part, despite each of these so-called “minor” films serving as a prime example of his elevated approach to genre and technical finesse.  But go back and watch these films again: yes, they might take place in a world that you recognize as your own, but can you truly deny that Scott’s rendering of our world isn’t as atmospheric and immersive as his marquee projects? The fact of the matter is that Scott’s consummate dedication to his artistic values applies to every one of his projects, no matter the genre or story.  Even his “real-world” narratives pack a fantastical, cinematic punch, and there is arguably no better case study for this notion than Scott’s fifth feature film (and first foray into this arena), 1987’s SOMEONE TO WATCH OVER ME.

Taking its name from the iconic Gershwin track, SOMEONE TO WATCH OVER ME is a moody, seductive crime thriller set in modern-day New York City.  Writer Howard Franklin had been working on the script for quite some time— his first draft was delivered to Scott in 1982, but Scott’s attentions were tied up by the imminent production of both BLADE RUNNER and LEGEND (1985).  After four successive films dominated by high-concept worldbuilding, the 50 year-old filmmaker’s energy was understandably flagging, but not enough so to as to dial down his productivity.  The “lovers from two different worlds” trope is a well-worn convention of pop entertainment, but Tom Berenger’s and Mimi Rogers’ inspired characterizations help SOMEONE TO WATCH OVER ME to stand out from the pack.  Berenger plays Detective Mike Keegan, a tough protagonist molded in the vein of the typical 80’s-era hyper-masculine hero, albeit with a heart of gold.  Firmly entrenched within New York’s middle class, he has no ambitions for greatness— he’s content to do good police work and go home to his cramped house in Queens that he shares with his young son and his unpolished, feisty wife, Ellie (played by Lorraine Boracco of GOODFELLAS (1990) fame in her film debut).  His work is dangerous, but his life is stable— that is, until he’s assigned to guard Claire Gregory, a wealthy socialite who unwittingly witnessed a murder committed by a notorious gangster named Joey Venza.  Mimi Rogers gives the character of Claire a shaded complexity, at turns aloof and compassionate, all while revealing an intellectual depth that distinguishes her from her blue-blooded contemporaries. The brutish Venza is played by Andreas Katsulas in a committed performance, although his antagonism is admittedly one-dimensional and offers nothing we haven’t necessarily seen before.  As Keegan and Claire spend more time together and reveal secret aspects of themselves to each other, they can’t help but fall in love… which naturally complicates their respective personal lives. The stakes raise even higher when Venza himself learns of their secret affair, and subsequently sets about orchestrating his scheme to kill them both in order to get away with his crimes scott-free.

SOMEONE TO WATCH OVER ME serves as a major departure for Scott’s artistry on several fronts.  The project finds him working with all-new collaborators, each new department head bearing a fresh face.  Harold Schneider, brother to Bert Schneider of BBS fame, serves as the film’s producer alongside Thierry De Ganay, a producer of several of Scott’s commercials making the jump to theatrical features.  Cinematographer Steven Poster works with Scott to build a slick, high-fashion aesthetic that easily incorporates many of the director’s visual hallmarks. This approach is most immediately evident in the film’s expressive lighting, which employs punches of neon, lens flares, shafts of concreted light, and silhouettes that turns contemporaneous New York City into a moody noir-scape.  Scott and Poster favor a cool color palette, rendering their 1.85:1 35mm frame with slate-grey midtones and punchy highlights that play with a blue / orange dichotomy. Scott’s usually-dynamic camera movement assumes more of a subdued kineticism here, combining time-honored, formalistic moves with relatively-newer techniques like handheld camerawork and creeping zooms. Production designer James D. Bissell’s work hinges on the clash between Old Money Manhattan and blue-collar Queens— the elegance of marble chambers, immaculately appointed, versus the chaos of a cramped outer borough townhouse, cluttered with the cheap, mass-produced junk on offer to the middle class.  One of the more notable design conceits of the film is Bissell and Scott’s use of Art Deco stylings throughout— a natural byproduct of deliberately-chosen locales like the Queen Mary ocean liner in Long Beach, CA serving as a stand-in for several different locations within the story. Other locations, like the iconic Guggenheim Museum, lend a modern touch, giving SOMEONE TO WATCH OVER ME a timeless aura while drenching every frame in conspicuous style.  The overall effect is that of an extremely-heightened version of the real world; an evocative, immersive urban landscape that’s rendered with the same meticulous attention to detail that marks Scott’s fantastical & fictitious worlds.  Composer Michael Kamen reinforces Scott’s sexy, brooding tone with a subdued, jazzy score that plays well with a collection of needle drops in a similar vein. Scott employs some choice classical and choral cues to signify Keegan’s awe at encountering the overwhelming, decadent sophistication of old-money Manhattan, but the film’s heart belongs to the musical conventions of the jazz genre— best evidenced by the opening credits’ use of Sting performing a downbeat, lounge-style cover of Gershwin’s eponymous torch classic, as well as the re-use of Vangelis “Memories of Green” from BLADE RUNNER (albeit stripped of its futuristic electronic orchestration).

Despite a generally-positive reception from critics, SOMEONE TO WATCH OVER ME bombed at the box office, ultimately leading to its current regard as a minor work within Scott’s larger canon.  In giving himself a break from the rigorous demands of elaborate worldbuilding, Scott deprives himself of arguably his greatest strength, and the end result is a flashy picture full of hollow beauty; heavy on style, light on substance.  That being said, Scott’s visual taste is killer, meaning that the beauty on display here is simply stunning. Indeed, watching SOMEONE TO WATCH OVER ME over thirty years after its release, the inescapable cheese of the Reagan’s era’s aesthetic zeitgeist doesn’t feel nearly as dated as its contemporaries.  In fact, it only adds to the film’s eccentric charm, with a palpable, retroactive nostalgia injecting some degree of substance to the picture where there had previously been very little.  The fact that SOMEONE TO WATCH OVER ME remains a key work of a particular subgenre — the elegant and sexy urban noir thrillers of the 80’s and 90’s; movies like BODY HEAT (1981), BASIC INSTINCT (1992), & FATAL ATTRACTION (1987) — suggests that perhaps the time is right for a critical re-evaluation of the film.  At the very least, a restoration or new transfer would bring out the full depth of Scott and Poster’s evocative cinematography for new generations to appreciate.  SOMEONE TO WATCH OVER ME represents a definite turning point in Scott’s career— yes, it departs from the imaginative cinematic worlds that had made his name, but it also establishes a template for the slick, contemporary genre pictures that defined mainstream cinema in the late 80’s and the 90’s.

SOMEONE TO WATCH OVER ME is currently available on standard definition DVD from Columbia.