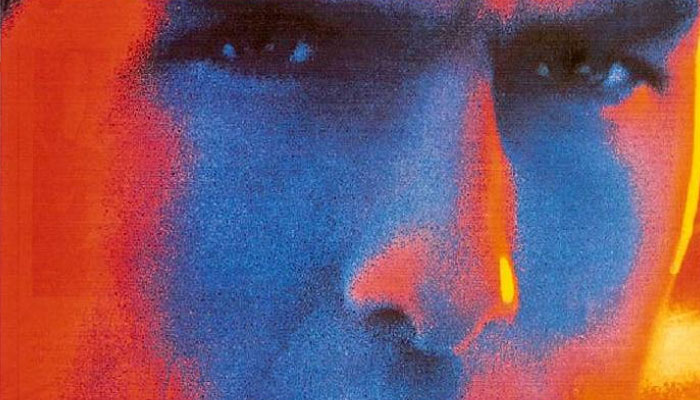 As Tony Scott’s first major work of the 1990’s, DAYS OF THUNDER is obviously trying to recapture past TOP GUN (1986) glory by swapping fighter jets with race cars.  That said, it’s not  nearly as cheesy as its predecessor, but recycles many of the same style elements and story tropes.  As a result, the reheated leftovers can’t quite amount to the undeniable cultural impact of Maverick and Goose.

In the beginning of the 90’s, the producing team of Don Simpson and Jerry Bruckheimer had a near-monopoly on the highest-grossing American studio films.  They developed a certain gung-ho, patriotic style that utilized huge budgets to deliver super-sized thrills.  They shepherded an entire generation of action directors, from Michael Bay to Simon West– but Scott is arguably the finest director in their stable.  With DAYS OF THUNDER, Scott again works with these producing powerhouses to score another box office hit.

Scott re-teams with Tom Cruise, who headlines the film as Cole Trickle: a young hotshot race car driver whose supreme confidence is shaken when he’s involved in a traumatic accident on the job.  The characters of Maverick and Cole are essentially the same– the key difference being the length of Cruise’s hair.  Robert Duvall is incredibly effective and believable as the blue collar, Southern-drawled farmer/car engineer who’s lured back into racing and becomes Cole’s mentor.  A young Nicole Kidman is the love interest, but updated with a 90’s twist.  Keeping in tradition with Kelly McGillis’ whip smart flight instructor in TOP GUN, Kidman plays an equally whip smart doctor who is strongly resistant to Cruise’s charms.  It’s also interesting that she seems to be using her natural Aussie accent here, instead of going for the expected American one.  Kidman would later go on to become Cruise’s real-life wife for a spell, as well as his on-screen one in Stanley Kubrick’s EYES WIDE SHUT (1999).

The supporting cast is filled out with strong character actors like Randy Quaid and John C Reilly.  Knowing how Quaid has somewhat spiraled out of mental health in recent years, it’s really interesting to see him here as a cleaned-up, slick shark of a businessman.  I didn’t know he had that kind of range.

It being a new decade and all, Scott switches up his team of collaborators behind the camera, but still achieves a look that’s consistent with his past work.  Ward Russell serves as the Director of Photography, and ably accommodates Scott’s fondness for high contrast, warm color tones, dramatic orange skies, and an epic-feeling Anarmorphic aspect ratio (not to mention that damn daylight through the blinds!).  The camerawork is low-key, choosing to stay locked-off and compositional rather than flashy for a majority of the story.  The pace of editing and placement of the camera ramps up substantially, however, during the film’s racing scenes.  Mounting the camera to the cars like he did to the jets in TOP GUN, Scott ably puts the audience right there on the track and gives off a strong sense of speed.

The story is, unfortunately, almost a note-for-note rehash of TOP GUN.  It’s not as strong or compelling as its predecessor, and the love story is stale and formulaic, but Scott creates a few memorable sequences.  One of my favorites was a wheelchair-bound racing scene through a hospital corridor.  It goes to show the intense competitive spirit inherent in these young men and why their profession is everything to them.  It’s a lighthearted moment, to be sure, but it’s also a great insight into the characters’ psyche.

DAYS OF THUNDER marks Scott’s first collaboration with Hans Zimmer, who has since become one of the most sought-after composers in today’s filmmaking scene.  Zimmer crafts an electronic, synth-y score that strives for the pop zeitgeist that TOP GUN’s score achieved.  With the 80’s firmly in the past, and grunge rock planting its roots in dank Pacific Northwestern basements, the soundtrack must’ve sounded a little cheesy even back then.  Today, it’s another goofy element that dates what could otherwise be a timeless film.

This was my first time seeing DAYS OF THUNDER, and perhaps it was the outdated DVD transfer, but I had a hard time connecting with it— if even for the fact that it was a rehash of a story I already didn’t connect to in TOP GUN.  That being said, I can’t argue against its solid box office success and standing in 90’s pop culture.  It’s another notch in Scott’s belt of bonafide action successes.

It was around this point that Scott was crystallizing his “brand” as a helmer of big-budget, big-star-name action vehicles.  It’s a decidedly different tack from what his brother Ridley ended up taking, but by focusing his craft on this particular frequency of the cinematic spectrum, his natural talents allow him to turn otherwise-disposable entertainment into enduring fan favorites.

DAYS OF THUNDER is currently available on high-definition Blu Ray from Paramount.