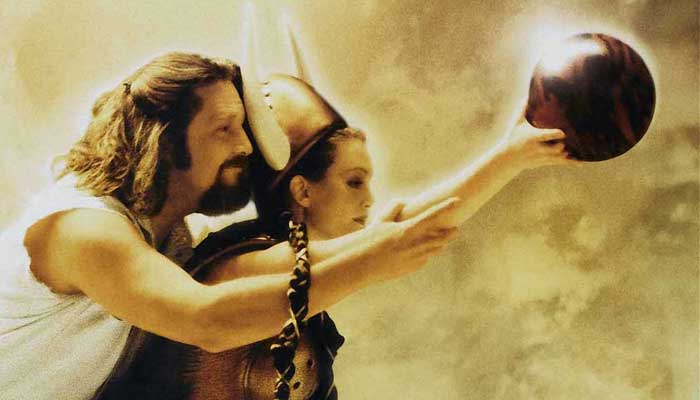 Inducted into the National Film Registry: 2014

When the Coens made their debut with BLOOD SIMPLE., they managed to develop a personal friendship with their sales rep, Jeff Dowd. The brothers were fascinated by Dowd’s eccentric character, known throughout LA as a good-­natured stoner/slacker nicknamed “The Dude”. Around the time of Barton Fink, they started developing a script inspired by Dowd, supplemented with the character of their other friend Peter Exline, a Vietnam war veteran whose life story contained several anecdotes that would be incorporated as they wrote. This project, which they dubbed THE BIG LEBOWSKI, was further influenced by the sprawling structure of Raymond Chandler novels, which tended to weave a densely-­layered tapestry of the multitude of subcultures that called The City of Angels home. Polygram Filmed Entertainment and Working Title Films, who had also developed and financed FARGO, once again ponied up the cash for production of the Coens’ seventh feature film­­ a labyrinthine kidnapping anti­-caper that blends the essence of the brothers’ comic sensibilities with the inherent weirdness of LA to create a delirious postmodern brew that’s attracted one of the most rabid cult followings in cinematic history.

Every performance contained within THE BIG LEBOWSKI borders on the legendary­­ for a substantial portion of the cast, it’s the movie that they are most well­-known for. Jeff Bridges was born to play The Dude, by sheer virtue of the role probably being the closest to how he is in real life– give or take his notorious preference for White Russians. He’s never been more comfortable on-­screen, no doubt owing in part to the fact that he’s wearing his own clothes in the film. Coen­Verse regular John Goodman cribs the style of right­-wing film director John Milius in his scene­-stealing performance as the cranky Vietnam vet Walter Sobchak, barking his lines like an overbearing, angry bear. Steve Buscemi puts in his fifth consecutive appearance for the Coens as The Dude and Walter’s bowling buddy, Donny. Buscemi assumes a meek, slightly stupid affectation that serves more as a bouncing board for Goodman’s outsized performance, striking a stark contrast to his over­-caffeinated motormouth performance in FARGO.

An inspired mix of faces both old and new round out the Coens’ eclectic cast. As the titular Big Lebowski, David Huddleston channels the pungent odor of Dick Cheney for his wheelchair­-bound performance. In one of his earlier roles, the late and inimitable Philip Seymour Hoffman plays Brandt, Lebowski’s brown­-nosing butler. Julianne Moore tries on a heavy mid-Atlantic accent reminiscent of Jennifer Jason Leigh in THE HUDSUCKER PROXY for her performance here as the Big Lebowski’s aggressively feminist daughter, Maude. Tara Reid plays Lebowski’s young gold­-digging wife, Bunny, to great effect. Peter Stormare expands on the comically austere personality he developed for FARGO,channeling it into his performance here as the droll leader of a gang of German nihilists. John Turturro makes his return to the Coens’ set as the purple-­clad pederast and bowling fetishist, Jesus Quintana. Jon Polito also returns in a brief cameo as a sweaty PI following The Dude around town. Ben Gazzara, on loan from the John Cassavetes Repertory Players, exudes sleek sleaze as porn producer Jackie Treehorn. And finally, Sam Elliot gives the proceedings a drawling, southwestern flavor in his smoky narration as The Stranger.

Roger Deakins cements his relationship with the Coens as their go­to cinematographer by returning to shoot THE BIG LEBOWSKI, creating a unique blend between 1970’s pop western and 1960’s mod aesthetics. The 35mm film image is rich with saturated, natural colors that brilliantly capture the story’s dusty, neon­tinged locales. There’s not a huge emphasis on composition within the 1.85:1 frame, opting instead for a low­key, tighter approach achieved with slow dolly and crane movements in a bid to emphasize the performances. However, THE BIG LEBOWSKI does take the time to punctuate the story with some impressionistic flourish, like slow­motion speed ramps, fourth wall­breaking narration, and highly imaginative dream sequences, which swipe elaborate dance and camera choreography from old Busby Berkeley musicals. Production designer Rick Heinrichs’ richly­detailed work is evident from the first frame, getting the Gulf War­era period details right while not screaming “period” itself. This is due in part to the mix of other anachronistic elements, which gives the film a timeless, bygone­era feel that’s countered by the characters’ very­modern pathos.

While Carter Burwell delivers his seventh consecutive score for the Coens here, THE BIG LEBOWSKI’s true musical identity stems from the contribution of rock legend T­Bone Burnett, who compiled the eclectic mix of cowboy country, classic rock, art pop and soul ballads that give the film its distinct, timeless character. T­Bone works with the Coens to create a different musical motif for each character, the most memorable of which being the Gypsy Kings’ cover of “Hotel California” to underscore The Jesus’ lewd hip gyrations. The success of their first collaboration here would lead to many more efforts in subsequent films, making T­Bone a vital collaborator in the Coens’ filmography. Like many of their previous works, the Coens further imbue the film with their distinct stamp by editing THE BIG LEBOWSKI under their pseudonym Roderick Jaynes, in collaboration with Tricia Cooke.

If FARGO was evidence of the Coens’ mastery of a starker, Peckinpah­-style aesthetic, then the THE BIG LEBOWSKI balances the dichotomy with a prime example of their zanier, Buster Keaton-­inspired side. The film is a quintessential example of their wry sense of humor, which tends to highlight the absurdity of wealth and power by aligning the audience’s perspective with members of the common class. This conceit is further underscored by the Coens’ decision to set the film in the San Fernando Valley, away from the glitz and glamor of elitist Hollywood or Beverly Hills. That physical distance also allows for a remove from temporal immediacy, an opportunity that Joel and Ethan take advantage of by incorporating the distinct iconography of stale midcentury Americana at every turn: retro­-flavored bowling alleys, greasy diners, fast food burgers, Corvettes, and striking architectural structures. Just as much as the overt stylistic elements, the BIG LEBOWSKI distinguished itself as a Coen Brothers film by what it omits: namely, explicit instances of social commentary. Subtext-­obsessed critics have written reams about what they perceive to be veiled critiques of sociopolitical constructs and ideologies, like Walter’s neocon leanings­­ but in true Coen fashion, conclusive evidence for such claims proves to be elusive, and­­ like the kidnapping plot that drives the film­­ is ultimately irrelevant to the larger cosmic narrative.]

Unlike FARGO, THE BIG LEBOWSKI was initially met by most audiences with confusion and disinterest upon its release. It did modest business at the box office, grossing just above its $15 million budget, but the mixed reviews from critics, who just prior had showered FARGO with raving plaudits, imprinted the Coens’ latest effort with the distinct whiff of failure. Their vision was so unique and eclectic that most people didn’t know what to make of it­­ they did know, however, that it possessed an undeniable magnetism. That same magnetism would serve the film well in the home video after­market, where a cult following slowly amassed as tapes and DVDs were circulated amongst taste­making cinephiles. While most of the Coens’ films have found their own devoted fan followings, THE BIG LEBOWSKI stands heads and shoulders above the rest with its own distinct subculture­­ replete with annual events like Lebowski Fest and even a pseudo­religion called Dudeism (or, The Church Of The Latter Day Dude), which boasts a membership of over 220,000 ordained “Dudeist Priests”. All of this appreciation would eventually culminate in one of American cinema’s highest honors­­ an induction into the National Film Registry in 2014 that would ensure its preservation as a nationally important cinematic work alongside its sister film, FARGO. 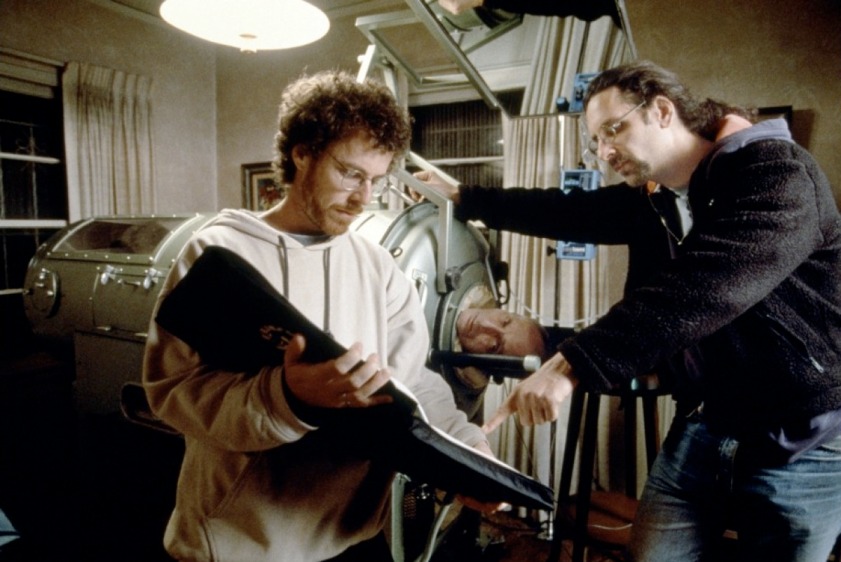 THE BIG LEBOWSKI is currently available on high definition Blu Ray from Universal.