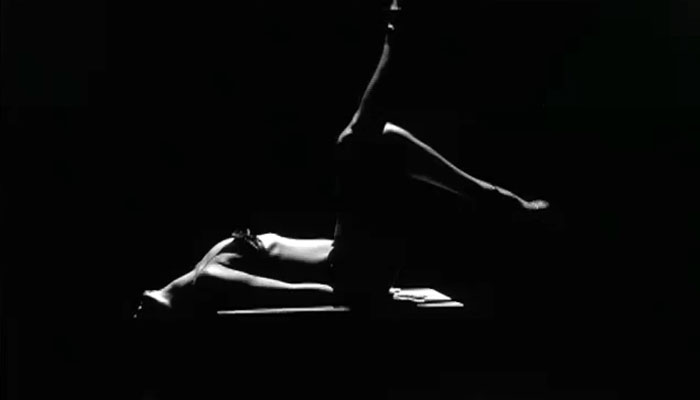 Shortly after the release of her second feature, 2003’s LOST IN TRANSLATION, director Sofia Coppola capitalized on her rising profile by directing two more music videos that would further reinforce her street cred as a tastemaking filmmaker associated with the “cool” of alternative musical acts.

Much like she did for “PLAYGROUND LOVE”,  Air’s promotional single for THE VIRGIN SUICIDES (1999), Coppola repurposed the numerous reels of footage she shot on location in Tokyo for LOST IN TRANSLATION into a moody piece for Kevin Shield’s original contribution to the film’s soundtrack: “CITY GIRL”.  By mashing together outtakes, b-roll footage, and printed dailies, Coppola manages to shape the video into a loose narrative vignette about a young American woman (LOST IN TRANSLATION’s Scarlett Johansson) roaming the streets of Tokyo while caught up in an introspective reverie.

By nature, the video is inseparable from the feature it’s meant to accompany, but it nonetheless stands on its own as an effective example of Coppola’s artistic signature from the period.  LOST IN TRANSLATION— and to a lesser extent, THE VIRGIN SUICIDES— boasts numerous documentary-style shots captured from (and looking in on) the back seat of a car, so it’s no surprise that “CITY GIRL” is comprised almost entirely of these setups.  As far as promotional music videos go, Coppola’s repurposing of filmed footage conveys the same kind of economical and minimalist approach that Coppola would cultivate in her later feature work.

Throughout the 2000’s, alternative rock band The White Stripes managed to achieve a sizable cache in the minds of creative influencers, to the extent that frontman Jack White’s distinct approach to old-fashioned blues and garage rock came to define a large aspect of that decade’s particular character.  Coppola directed the video for the band’s 2003 single, “I JUST DON’T KNOW WHAT TO DO WITH MYSELF”, turning an act of sexual objectification into a liberating rallying cry for third-wave feminism.

The concept for the video is very simple: supermodel Kate Moss aggressively pole dancing in lingerie for the entire length of the video.  Coppola takes what would be an otherwise-leering and arguably misogynistic concept and executes it with the arresting flair of an edgy fashion film.  Her technical approach is as simple as the concept– she shoots on a square 1.33:1 canvas using high contrast monochromatic film, keeping the angles fairly static except for when she stylishly rocks the camera back and forth on its tripod hinges in sync with White’s percussive guitar riffs.  By juxtaposing Moss’ nearly-nude body in silhouette against a blank grey background, Coppola creates a look that focuses on the interplay between light and shadow.  Whereas her previous explorations of the feminine mystique in THE VIRGIN SUICIDES and LOST IN TRANSLATION broached the idea from the perspective of chaste, youthful innocence, “I JUST DON’T KNOW WHAT TO DO WITH MYSELF” finds Coppola conveying the same idea in the decidedly-sexualized syntax of stripping.  In the absence of the dreaded Male Gaze, however, the video instead becomes a punk-rock celebration of the female form in motion.

These two videos would constitute the last of Coppola’s output for a number of years– her next major work, MARIE ANTOINETTE, wouldn’t arrive until 2006.  Despite their relatively short length, these two music videos show Coppola’s subtle, but continued, growth as a director while effectively acting as the close of the first chapter in her celebrated career.