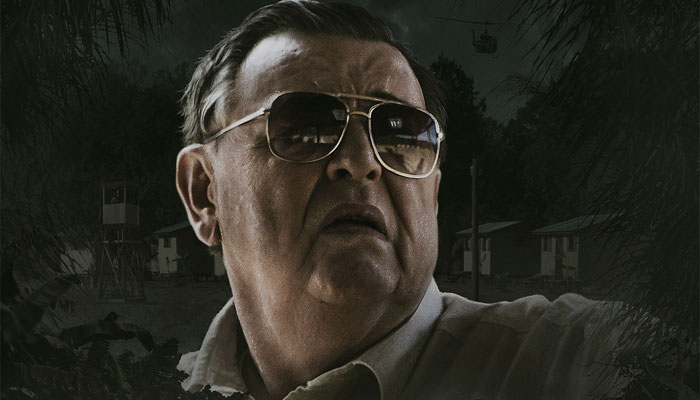 Up until September 11th, 2001, the greatest loss of American life in a single event was not, as some may think, Pearl Harbor—or any other act of war for that matter. On November 18th, 1978, United States Congressman Leo Ryan and a small delegation visited the Peoples Temple Agricultural Project— led by a religious zealot and fanatical communist named Jim Jones and located near the northern border of Guyana. Ryan and his delegates found a surprisingly peaceful utopia, where Temple members had settled with their families and built a new kind of society that saw everyone living in harmony and united by the teaching of their charismatic leader. However, on that fateful day in November, Jones became convinced that Ryan would return to the United States and send in the military to destroy everything they had built. After his armed guards murdered Ryan and the delegates, Jones assembled Temple members for a meeting and announced that it was time to commit “revolutionary suicide” against the so-called fascist pigs who would most surely descend upon them in short order. They mixed cyanide with fruit punch and drank it—willingly. Over 900 people died that day, and ever since then, the specter of Jim Jones has loomed large in our collective unconscious.

Director Ti West had long held a fascination towards what came to be known as the Jonestown Massacre. He initially envisioned it as a miniseries that would follow the formation of Jones’ cult in San Francisco through their relocation to Guyana and eventual suicide. Despite being a young, upcoming independent filmmaker with a handful of well-received features under his name, West realized that his vision perhaps might be too ambitious, and subsequently scaled it back into a feature film that would apply a fictional, contemporary take on the subject matter. Despite the failure of his first studio effort, CABIN FEVER 2: SPRING FEVER (2009), West had gained a trusted collaborator in producer Eli Roth, and it was Roth whom West first approached with his idea for a film that would come to be known as THE SACRAMENT (2013). With Roth’s help as producer, West was able to obtain financing without having written a single page of script—a testament to the benefits of having a reputation as a fiscally responsible filmmaker working within a genre that almost always makes money. The finished product, while far from perfect, shows a great deal of growth for West as he branches out into other forms of horror and gives us a darkly disturbing glimpse into the follies of blind faith from which we can’t look away.

West’s fictional take on The Jonestown Massacre focuses through the prism of the found-footage subgenre of horror—a conceit that has admittedly been done to death by greedy studio executives looking to trim budgets and maximize profits. However, it is an extreme disservice to West in calling THE SACRAMENT a found-footage movie. Instead, the film presents itself as a documentary by Vice Magazine, the real-life purveyor of immersive journalism documentaries. Patrick (Kentucker Audley), a young fashion photographer, has just received correspondence from his sister after several years of silence, inviting him down for a visit to her new home at a place in South American known only as “Eden Parish”. Sam (AJ Bowen)—Patrick’s friend and a journalist for Vice—volunteers to accompany Patrick and bring a videographer named Jake (Joe Swanberg) in a bid to make a documentary about this mysterious alternative community. When they arrive at Eden Parish, located in the jungles of an unnamed South American country (but filmed in Georgia), the filmmakers are surprised to find this “utopia” guarded by aggressive men packing AK-47 machine guns. Patrick’s sister, Caroline (Amy Seimetz), welcomes them and takes them on a tour of the encampment. Along the way, Sam and Jake interview the campers, who have nothing but high praise for Father (Gene Jones)—their charismatic leader who has devoted his life to creating a community founded on the principles of clean living and independence from the modern world. They’re even granted an interview with Father himself, and they can’t help but be impressed by his charismatic intelligence and folksy, unpretentious appeal. But the longer they stay in this utopia, the more they uncover the darkness hidden within—a growing number of campers desperately want out, while others will stop at nothing to keep their secret society contained and unduly influenced by the outside world. In spite of the uninspiring found-footage tropes that it employs, THE SACRAMENT is a riveting looking into the dark aspects of human nature, as we all a shocking exploration of the nature of cult.

West anchors his narrative between his five leads, complementing them with one of the best cast of extras in recent memory. In lieu of casting recognizable celebrities in the roles, West plays to the POV conceits of his approach by casting two independent filmmakers—Joe Swanberg and Kentucker Audley. Both men are collaborators and close friends of West, and have been running in the same film circles for quite some time now. Swanberg and Audley know their way around a camera, which makes it quite easy for West to simply hand off his camera to his actors and let them shoot the movie for him. AJ Bowen, who previously appeared onscreen for West in THE HOUSE OF THE DEVIL (2009), is convincing as an idealistic young journalist who is unafraid of pursuing dangerous stories. The biggest plaudits, however, belong to Gene Jones and Amy Seimetz as the film’s best revelations. Gene Jones, perhaps best known for his bit role in the Coen Brothers’ NO COUNTRY FOR OLD MEN (2007) is a spellbinding and charismatic presence as Father. His grandfatherly, southern drawl is warm and inviting to the point that it’s easily to take anything he says as the hard-earned truth, yet he’s always hiding behind dark sunglasses (even at night). It’s an unforgettable powerhouse of a performance, and fellow directors would be wise to keep him in mind for the future. The same can be said of Amy Seimetz, who plays Caroline, Patrick’s friendly hippie sister. She’s intensely dedicated to the cause, to the point where she becomes a crucial agent of destruction as chaos breaks out amidst Eden Parish.

Throughout his career, West has cultivated a reputation for utilizing an old-fashioned, lo-fi, film-based aesthetic. This approach served him well in his debut, THE ROOST (2005), and even more so in THE HOUSE OF THE DEVIL—which could actually fool someone if you told him or her it was made in the mid-80’s. With THE SACRAMENT’s contemporary setting and new media storytelling conceit, West foregoes the vintage patina of film for the sleek perfection of digital. West uses the new Canon C300 line of HD video cameras, which combine the mobility and ease of 1080p-capable DSLRs with the higher bitrate and lowered compression found in digital cinema cameras. The demands of West’s found-footage conceit result in the actors operating the camera in naturally-lit, real-world locales—yet West doesn’t forego a cinematographer here, where he probably could have gotten away with it. Instead, he recruits Eric Robbins, the cinematographer for THE ROOST, for their first collaboration in nearly ten years. Robbins’ hand is nearly imperceptible, helping West craft a bright and sunny aesthetic that’s not auspiciously scary-looking— which of course makes the horror to come all that more terrifying. Returning production designer Jade Healey does a great job turning Georgia farmland into a convincing jungle settlement in South America with the strategic placing of palm trees and spartan dwellings.

Prior to THE SACRAMENT, West had collaborated primarily with composer Jeff Grace in scoring his films. For whatever reason—perhaps Grace’s own rising star precluding his availability—West goes a different direction here with the hiring of well-known composer Tyler Bates. The character of Bates’ score accurately reflects West’s intended tone with a tribal, ominous sound that never spills over into outright horror. Instead it lingers at a simmer, building up pressure as the film unfolds towards its finale. West also managed to secure the use of indie rock band Heartbeats’ popular track, “The Knife” for his opening credits, further establishing the “hipster cred” of the Vice documentary framing conceits.

With THE SACRAMENT, West is clearly attempting to branch out from the specific brand of contained horror that has so far been his bread and butter. It may take place in a singular location like his previous features have done and it may be marketed heavily on its horror merits, but THE SACRAMENT is unlike anything West has ever done. Whereas found-footage films tend to pigeonhole their makers into a strict set of rules about form and execution, here West is able to liberate himself from his own strict aesthetic rules and in the process, imbue greater meaning into the film. Take the character of Father, a compelling personification of cowardly evil who exploits blind faith towards his advantage. Through the lens of Father, THE SACRAMENT becomes a salient meditation on how religious texts can be perverted by zealotry and distorted to justify evil intentions. West’s self-discipline and courage as an artist is highly evident in how he shoots the death of one of the key characters. It is presented in a beautifully-composed wide shot (ironic considering the haphazard, chaotic aesthetic) that continues unbroken for quite a while as the character succumbs to an injection of cyanide into his neck. We watch the poison course through his body in real time, easily becoming one of the most unnerving deaths in recent cinematic memory. This is the point where West hammers home the true terror of his idea and exhibits his mastery of the craft.

In a market oversaturated with uninspired found-footage horror films, THE SACRAMENT stands out as one of the most original, thanks to West’s careful crafting of visceral suspense which suggests that suggests none of our characters might make it out alive— therefore hooking us deeper into the film as the objectivity of the footage is suddenly called into question. Despite a successful premiere in Toronto, THE SACRAMENT was only given a limited release that saw mixed critical reception—many no doubt were unable to get past the found footage conceit. However, THE SACRAMENT seems destined to live on in the home video market as a cult (sorry) hit, and its success there will undoubtedly position West will as he develops his next adventure.

THE SACRAMENT is currently available on high definition Blu Ray via Magnet Releasing.