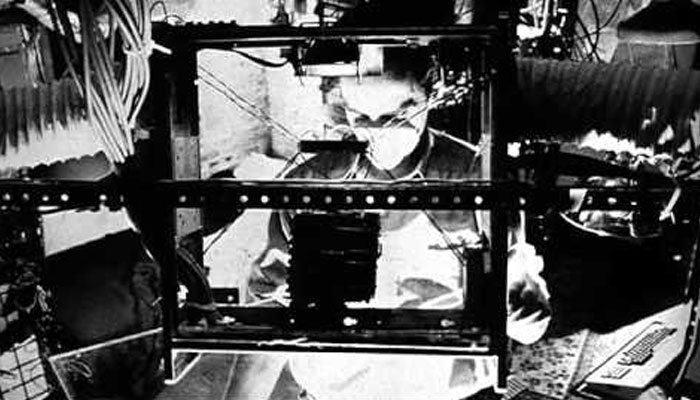 As part of the promotional campaign of PI’s release in 1998, director Darren Aronofsky highlighted the work of his composer, Clint Mansell, with a music video for the score’s de facto theme.  Titled “PI R SQUARED”, the piece takes a fairly basic approach that only seems complicated thanks to rapid-fire, subliminally-appealing cuts synchronized with Mansell’s frenetic breakbeat sound.  Aronofsky intercuts skin-crawling stock footage of ants with footage from the film itself– specifically, the sequences in which Sean Gullette runs around the city in a paranoid frenzy.  Combined with flashes of mathematical images like Fibonacci Spirals and complicated formulas, Aronofsky creates an overall feeling much akin to the experience of its feature-length counterpart. “PI R SQUARED” is a fairly minor piece, perhaps more of a marketing after-thought than a true-blue music video, but it nevertheless establishes the foundation for the advertising work that he would pursue later on in his career.