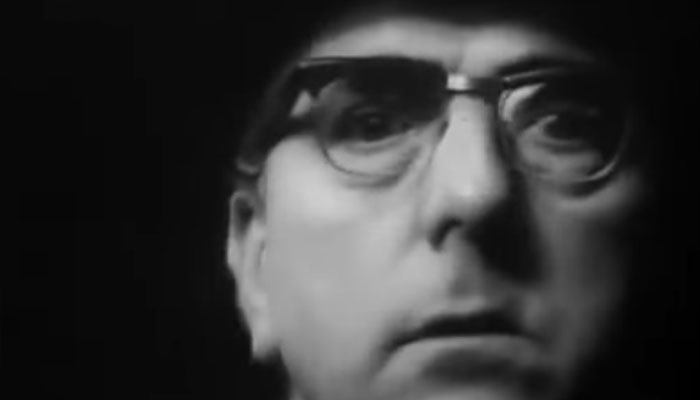 When we think of feature film directors who successfully made the jump from the television realm, the first person to come to mind is usually Steven Spielberg, who famously broke into the industry when his peers were still laboring through their undergraduate thesis projects.  We think of him as a trailblazer in this regard, but few are aware that he was actually following a path paved by others like director Ridley Scott.  Although his stint on the small screen was relatively short, spanning from 1965 to 1969, Scott used this time efficiently and built up a commendable body of TV work that would establish the foundation of his career.

Following his graduation from the Royal College of Art in 1963, Scott found work in the BBC’s Art Department, a gig that indulged and developed the natural inclinations towards design and mise-en-scene that would later form one of the cornerstones of his own directorial aesthetic.  1965 saw the completion of his first film, BOY & BICYCLE, the warm reception to which led to his very first professional credit: directing an episode of the British show, Z CARS, titled “ERROR OF JUDGMENT”.  Scott followed that in 1966 with another show, THIRTY MINUTE THEATRE, shooting an episode called “THE HARD WORD”.

Scott’s next third credited gig in the television realm is the only one that’s publicly available, so for our purposes it must serve not just on its own merits, but as a representative sample of his TV directing work as a whole.  In 1966, Scott was brought in by producer Verity Lambert to direct an episode of the popular British TV show ADAM ADAMANT LIVES!, in what would be the first of ultimately three entries.  The show features Gerald Harper as the titular Adam Adamant, a secret agent of sorts and a somewhat-prudish relic of the Edwardian era.  I say “relic” -literally, as in he became frozen in a block of ice in 1902 and subsequently thawed out into a world he could have never imagined: London during the swinging 60’s.  This seems to be the central conceit of the show, suggesting itself as as key influence for the plot to AUSTIN POWERS: INTERNATIONAL MAN OF MYSTERY (1997).

This first episode, titled “THE LEAGUE OF UNCHARITABLE LADIES”, finds Adamant infiltrating a secret cabal of female assassins masquerading as a club of rich socialites, and subsequently trying to extricate his co-star Julie Harper’s Georgina Jones from their clutches.  The episode’s visual presentation evidences the context of its making– black and white film, presented in the 1.33:1 aspect ratio as appropriate to television’s square screens at the time, and somewhat scrappy production values stemming from what is almost certainly a meager budget.  Scott respects the formalistic conventions of the era, for the most part; this being the 1960’s after all, he’s given ample leeway to bring an expressionistic flair to the proceedings.  TV shows of the time weren’t exactly known for their visual finesse, which makes Scott’s work here all the more noteworthy– his restless camera is always on the move, meshing formalist dolly moves with newer, flashier techniques like rack zooms, lens flares, and experimental compositions.  Throughout the episode, Scott evidences a visceral sense of place, shooting from a moving vehicle like he did on BOY & BICYCLE to capture the fleeting rhythms of London’s street life.  He also lavishes precious screen-time on setups that are fairly nonconsequential from a plot standpoint, but serve to evoke a mood– case in point, a driving sequence that lingers on the glossy hood of a car as it glows with the neon of passing signage.  It’s safe to say that the disparate elements of Scott’s trademark visual aesthetic have yet to blend together into a cohesive entity, but “THE LEAGUE OF UNCHARITABLE LADIES” shows that they are nevertheless there in a primitive fashion, just waiting to be developed further.

At thirty years old, Scott had established himself as a successful director of television.  He’d follow his stint on ADAM ADAMANT LIVES! with two more episodes of the show’s second season, titled “DEATH BEGINS AT SEVENTY” and “THE RESURRECTIONISTS”.  This, naturally, begat more work: an episode for HALF HOUR STORY titled “ROBERT”, and two episodes of THE INFORMER titled “NO FURTHER QUESTIONS” and “YOUR SECRETS ARE SAFE WITH US, MR. LAMBERT”.  His final credit in television would go to a 1969 episode of MOGUL titled “IF HE HOLLERS, LET HIM GO”.  While this particular phase of his career was relatively short, it was nonetheless a vital one that established a respectable creative pedigree in the industry– one he’d leverage in 1968 to establish RSA, a commercial production company that remains to this day as one of the most prominent forces in the world of advertising.

ADAM ADAMANT LIVES!: “THE LEAGUE OF UNCHARITABLE LADIES” is currently available on Youtube via the embed above.