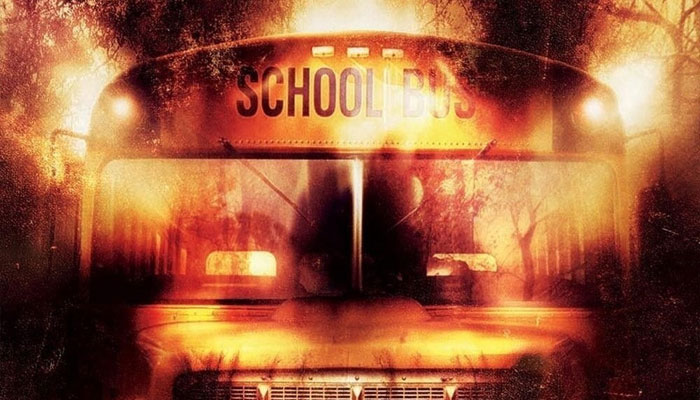 My first job out of college was as an administrative assistant at Lionsgate Entertainment in Santa Monica.  On my first day, I had a lot of downtime, so I delved into the script library and, out of pure boredom, chose to read director Eli Roth’s early draft of CABIN FEVER 2: SPRING FEVER.  It was as awful as I expected.  I only mention this because it was my experience with Lionsgate and approach to filmmaking that gives me some insight into the subject of this essay.  The movies that came out of Lionsgate at the time were juvenile, uninspiring works of commerce whose story elements were coldly calculated by the marketing department to wring the maximum amount of money from fiercely loyal niche groups.  It explains why Lionsgate is such a successful studio- they have a theoretically great business model, but their movies are devoid of soul or any real cultural value.  Because of this single-minded drive for profit, a lot of filmmakers get burned when they work with them.  It happened to director Ti West when Roth, his friend and the helmer of the first CABIN FEVER in 2002, personally nominated him to direct the sequel and helped to set West up at Lionsgate with his first major studio gig.

Executives loved West’s unconventional take on the concept, which had already seen two rejected screenplays previously, and when shooting began in 2007, he was more or less left to his own devices.  But then, something went seriously wrong in the editing stages, and these same executives unhappily ripped the film out of West’s control.  Subsequent re-edits sullied his original vision, so he campaigned to have his name removed from the credits altogether.  However, because he wasn’t a member of the DGA, he wasn’t privy to the same Alan Smithee privileges that a more-established director would have.  His only other option was to publicly disown the film, so it languished on Lionsgate’s shelf until it was quietly released in 2009 to critical pans and dismal box office performance.

CABIN FEVER 2 takes place immediately after the events of Roth’s original film (which I never saw, so I have no idea what transpired there).  The flesh-eating disease upon which the series centers itself around spreads from a rural camp setting to a local private high school.  John (Noah Segan) is your typical, nerdy virgin character who wants to ask his crush to the prom. The only problem is his crush, a girl-next-door type named Cassie (Alexi Wasser), is part of the popular clique and already has a boyfriend.  Meanwhile, the skin-eating disease quietly spreads amongst the population until prom night, where it rages fiercely inside the contained school grounds.  Now, John must fight to save himself and the girl he likes from a certain, gruesome death that they can’t begin to comprehend.  As far as teen horror goes, the story has been done to death.  There’s nothing original for West to play with, so he tries injecting a great deal of humor into the proceedings and embracing the inherent absurdity of his premise.

CABIN FEVER 2 makes no bones about what kind of movie it is: a disposable adolescent gross-out flick.  As such, it can skate by with a cast of unknowns to save a couple bucks.  I won’t even mention Rider Strong’s presence—he’s in so little of the film he was better off staying home.  It’s the first of many red flags in the film, because you know you’re in trouble when the biggest name actor the film has is killed off in the first minute.  As John, Segan is handsome in a geeky sort of way.  You could see him being the type of nerdy dude who comes into his own in college, but with this disease running rampant, prospects that he’ll even make it far that look pretty dim.  Alexi Wasser plays Cassie, the popular girl with shades of geekiness of her own.  The true highlights of this film, however, lie in the supporting cast and cameos.  Michael Bowen plays the toupee’d, disgruntled principal while Mark Borchardt of AMERICAN MOVIE (1999) infamy and 30 ROCK’s Judah Friedlander make memorable appearances.  West’s producer and mentor Larry Fessenden shows up as Bill, a tow truck driver whose graphic death in a diner alerts the townspeople to the presence of the flesh-eating disease.

CABIN FEVER 2 marks the first of several collaborations between West and cinematographer Eliot Rockett.  West takes the opportunity of major studio funding to shoot on 35mm film, amplifying his cinematic conceits with the panoramic 2.35:1 aspect ratio.  It’s hard to tell who exactly is responsible, but the visual presentation of CABIN FEVER 2 is seriously messed up.  I can’t tell if the color timing, with its super-crushed blacks and gauzy cream highlights, is intentional or not.  The overall color palette skews towards warm autumnal colors, which seems odd given the film is supposed to take place in the spring.  But the true elephant in the room is the warped nature of the image, which looks like it stems from either a strange spherical aberration on the camera lens or editor Janice Hampton seriously screwed up her media management in the cutting room.  There’s no way it’s intentional.

Ultimately, CABIN FEVER 2 just might be the most vile–looking film I’ve ever seen.  I get that it’s supposed to be exaggerated body horror, but it goes too far several times.  I tend to have an iron stomach when it comes to gore, but even I was left feeling queasy for hours afterwards.  I simply have no desire to ever revisit this film– its aesthetic was thatoppressively unpleasant.  I don’t blame this on West’s participation, or even Rockett’s,  but rather on Lionsgate for unceremoniously dumping the film in post without the resources it truly needed.

The music is even more atrocious than the visuals.  For whatever reason (probably Lionsgate again), West foregoes Jeff Grace’s services in favor of Ryan Shore, who crafts an uninspired industrial score.  Its shortcomings are propped up by heavy source cue usage that draws from the psychobilly genre.  It might have seemed a bold, edgy move at the time but the result is an awful sonic experience.  I can’t imagine too many copies of the soundtrack were sold.

Because CABIN FEVER 2 is such an obvious chop job, it’s hard to tell which elements of the film bear West’s mark.  There are a few obvious ones, such as the use of handheld POV shots, and the fact that the story is built around a singular location (the school).  There’s still something of an old-fashioned 80’s aesthetic, but it’s much more downplayed (most likely as a result of Lionsgate’s meddling).   One of the film’s only bright spots are a pair of animated bookend sequences that render the uncontrollable spread of the virus in a comedic way.

CABIN FEVER 2’s utter failure on all fronts is easily the lowest point of West’s career so far.  The satisfaction of working on his first major studio film was replaced with the disappointment of having it taken away, shelved for years, and ultimately dumped by the same uncaring entity that hired him in the first place.  Still, it was a valuable learning experience for the young director.  Whereas most directors would retreat into the relative safety of working within their wheelhouse, West instead doubled down on his desire to work in the independent realm and forego safety altogether.