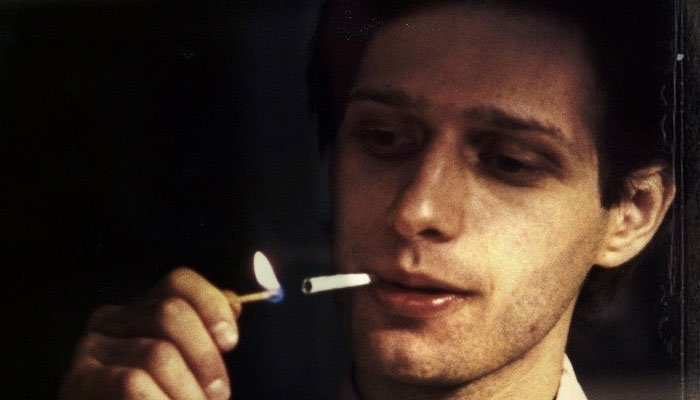 In addition to his prolific narrative output, director Martin Scorsese has also built up a healthy body of work on the side that focused on his personal fascinations with people and culture from a documentary standpoint.  He had previously explored his Italian heritage through the stories of his parents in ITALIANAMERICAN (1974), and chronicled The Band’s final farewell concert in 1978’s THE LAST WALTZ.  For his next documentary work, Scorsese turned his camera on a bit player who could be found in several of his early narrative features—Steven Prince.

Best known for his role as the gun-dealer Easy Andy in 1976’s TAXI DRIVER, Prince has arguably lived an even wilder life than Scorsese’s fictional protagonists.  Inspired by Prince’s wild stories and effortless charm as a raconteur, Scorsese pulled together producer/co-editor Bert Lovitt and his TAXI DRIVER cinematographer Michael Chapman to make AMERICAN BOY: A PROFILE OF STEVEN PRINCE (1978).  Filmed over the course of fifteen hours in a nondescript house in Los Angeles, Prince captivates Scorsese and his crew with various stories from his life—his days as a road manager for the biggest bands of the 70’s… his tales of drug addiction… even the time he shot and killed a guy who was trying to rob a gas station he worked at.

AMERICAN BOY is shot in the improvisational, unstructured way that Scorsese shot ITALIANAMERICAN, making the two documentaries companion pieces of sorts.  One might think an hour-long film about a guy sitting around a couch and telling stories might be boring, but Prince’s personal eccentricities and lively stories make for a compelling watch.  Scorsese organizes these stories into vaguely-defined chapters, punctuating them with home movie footage of Prince as a young boy.

At this stage in his career, Scorsese appears to have a few stylistic trademarks he regularly implements in his documentary work.  As he does in AMERICAN BOY, he appears onscreen himself as he interviews his subjects, making for a very personal, intimate mood.  There’s also the use of rock music, evidenced here by the inclusion of a Neil Young track during the opening and closing credits.  There’s even a quick bout of violence—Prince and another man playfully wrestle each other—and Scorsese captures it in the same chaotic, spontaneous way in which he depicts fictional violence in his features.

AMERICAN BOY is undoubtedly an oft-overlooked work within Scorsese’s filmography, but it has influenced pop culture in an unexpected way.  At one point in the story, Prince recounts the story of how he saved someone who had overdosed on drugs by stabbing him in the heart and injecting him with adrenaline.  This story reportedly inspired Quentin Tarantino to include a cinematic depiction of it in his 1994 breakout film, PULP FICTION.  In relation to Scorsese’s work as a director, AMERICAN BOY doesn’t show a distinct growth—in fact, it shows Scorsese at something of a low point; his dabbling with drugs and surrounding lifestyle can be seen at their most intimate here.  The film makes no mention of Scorsese’s personal drug use, nor does Scorsese’s appearance clue us into cocaine addiction. Yet, the dangers of his lifestyle hang in the air like the Ghost of Christmas Future.  With this in mind, AMERICAN BOY becomes much darker than its intent, telling us just as much about Scorsese’s junkie days as it does Prince’s.

AMERICAN BOY: A PROFILE OF STEVEN PRINCE is currently available on Vimeo via the embed above.