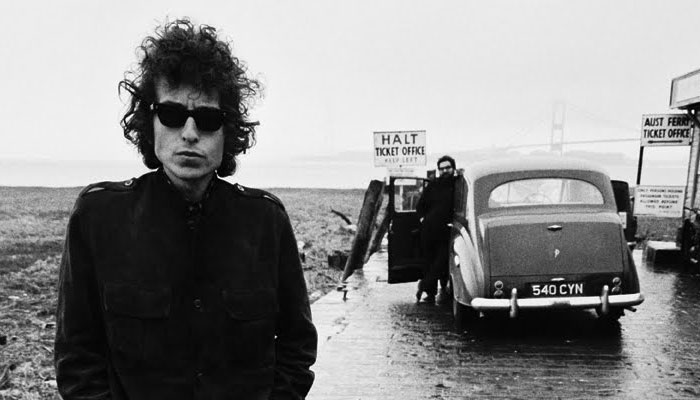 When I went off to college, I experienced an explosion in terms of my awareness of the music world. My exposure to different artists and genres was no longer limited to the radio, and I began devouring music of every type in a process resembling a chain reaction– the discovery of an interesting artist led me to research into their influences, which would then spiderweb into a broader excursion into their influences. Towards the end of my freshman year, I began really getting into Bob Dylan’s particular brand of politically-charged protest folk. I eagerly told my parents about my newfound taste for Dylan, assuming that since they were growing up in the same period Dylan achieved popularity, they would naturally be fans themselves. I was taken aback to find out that my mother had no taste for him whatsoever—the news that I was into Dylan was met with mild disgust. I couldn’t comprehend why at the time, but as I began to delve deeper into Dylan’s artistic legacy, I became aware of just how divisive a figure he was in music and pop culture.

During my college years, Bob Dylan was undergoing something of a cultural re-appreciation, no doubt inspired by his latent relevance in the wake of protests against the war in Iraq. In 2007, director Todd Haynes released his expressionistic Dylan biopic I’M NOT THERE, which attempted to chronicle Dylan’s various artistic personas through the years as a series of vignettes revolving around fictional manifestations of said personas. A few years earlier, Dylan’s manager seemed to have anticipated Dylan’s reinvigorated profile and commissioned a documentary film about the folk singer’s life and career. He conducted several filmed interviews with Dylan himself, among others, and gathered a mountain of archival concert footage. He just needed someone to shape it, and to accomplish this, he turned to director Martin Scorsese, whose legendary rock documentary THE LAST WALTZ (1978) featured Dylan performing onstage with The Band and established the director as an astute scholar of rock and roll music. To help him in his task, Scorsese recruited his ex-wife and former producing partner Barbara De Fina and editor David Tedeschi. In 2005, Scorsese released NO DIRECTION HOME: BOB DYLAN, which initially aired on PBS as part of the American Masters series, but was soon quickly released to home video.

Dylan has been around for a long time now, but Scorsese chooses to concern himself with the most tumultuous period of Dylans’ career, beginning with his childhood in 1950’s Minnesota, to his rapid rise in the Greenwich Village folk scene in New York, and ending with his quasi-retirement following a motorcycle accident in the late 1960’s.  NO DIRECTION HOME uses a mix of vintage concert footage, archival stock film, and talking head interviews to create an oral history of Dylan’s music and its artistic and sociological impact on a country deeply divided over the Vietnam War. Scorsese digs deep, tracing Dylan’s roots and influences—especially his fascination with Woody Guthrie—and doesn’t shy away from showing some of Dylan’s alienating character traits (and the backlash they engendered).

Watching NO DIRECTION HOME, it’s a no-brainer on why Dylan’s manager decided to approach Scorsese. The film falls stands shoulder to shoulder with THE LAST WALTZ and Scorsese’s other chronicles of the social history of rock and roll music. Vestiges of the director’s own personality crop up, such as the detailing of street life around Minnesota parades, or the inclusion of clips from old films like THE WILD ONE (1953) and REBEL WITHOUT A CAUSE (1955). Scorsese foregoes one of his most visible documentary tropes (appearing onscreen as the host, narrator, or interviewer) in favor of one singular instance of voice recording in which he recreates one of Dylan’s public speeches. Rewarded with a Grammy for direction of a long-form video, Scorsese’s success with NO DIRECTION HOME would help fuel Dylan’s twenty-first century resurgence while reinforcing Scorsese himself as the go-to chronicler of American music.